With the referee’s last whistle, the 2018-2019 Season Burkina Faso Football League One came to a perfect conclusion. Eventually, the youngsters of RAHIMO FC Club wearing Higer’s uniforms sang all the way and walked away the championship. This is also the first time for this team to win the championship in this competition. After the victory, team leader Mr. Rahim immediately sent a letter of appreciation to Higer, for its vigorous support of Burkina Faso’s football cause.

RAHIMO FC Club was established 8 years ago. After ending his 13 years of professional player career, Mr. Rahim retired from European Club, and resolutely decided to return to his motherland to start up his own football club RAHIMO FC, and established a passenger transport company Rahimo Transport. Since the cooperation with Higer in 2013, the fleet scale has rapidly expanded from 7 passenger coaches to more than 60 luxury buses, ranking among Top 3 in the industry. Among them, the number of luxury bus fleets ranked No.1 in Burkina Faso, playing a leading role in the industry. 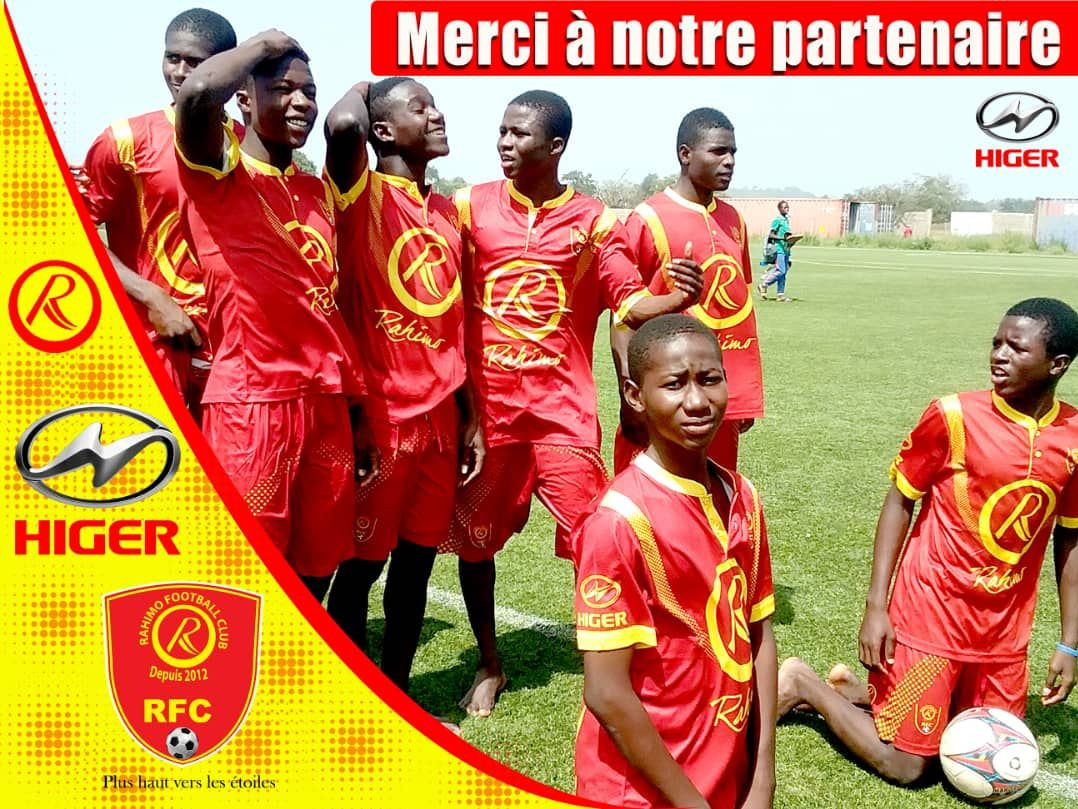 At the beginning of cooperation, Rahimo Transport was in its infancy, with limited vehicle retention and routes, not well-known locally. In response to the harsh local operating conditions, Higer’s sales and after-sales personnel drove for hundreds of kilometers, to collect road condition information on the spot, strengthen heat preservation and heat insulation of vehicles, reinforce chassis and body, thicken seats, strengthen trunks, and made a series of improvements. In view of customer’s weak repair ability, after-sales personnel followed up. Whenever customers encountered after-sales difficulties, after-sales service team always appeared at their side immediately, to solve their problems.

Over many years of cooperation and exchanges, not only business personnel of our company have maintained deep relationship with the boss of Rahimo Company, but also our after-sales personnel have established deep personal relationship with repairmen of this company. After learning about the status quo of football team during the conversation, Higer Bus generously offered support; in 2019, it sponsored the first phase of 200 football jerseys, and sent them to Burkina Faso. After receiving new uniforms, Mr. Rahim immediately sent the photos of children’s jersey wear to Higer. Players and coaches were very happy and energetically kicking the ball. Mr. Rahim hoped to deepen the cooperation between both sides and grow together, not just on the green field!