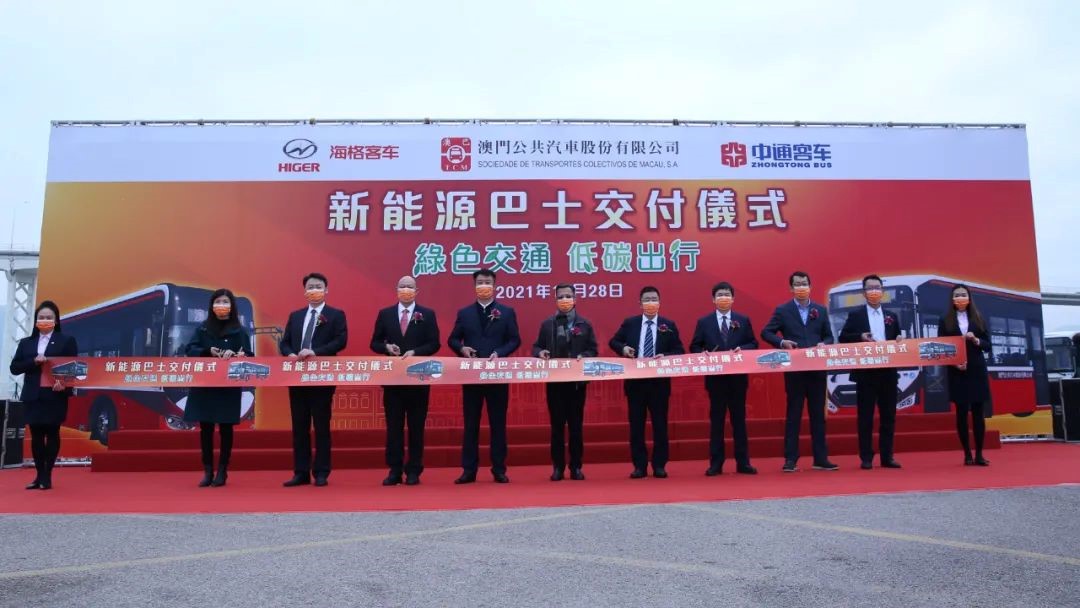 Ms. Liang Meiling delivered a speech at the ceremony on behalf of TCM Nam Kwong. She said that the company has always been actively responding to the environmental protection policies of China and the Macao SAR Government and continuously introducing new energy and clean energy buses. In 2021, under the guidance of the Transport Bureau of Macao SAR Government and with the support and assistance of other parties, TCM Nam Kwonghas completed the new vehicle purchase plan and introduced extended-range new energy buses on a large scale, making it the first enterprise to do so in Macao. In the future, TCM Nam Kwong wishes to maintain an in-depth cooperation relationship with all parties to jointly promote the renewal of new energy buses in Macao, contribute to the realization of Macao's Second Five-Year Plan for Economic and Social Development, and help realize China's Dual Carbon Goals. 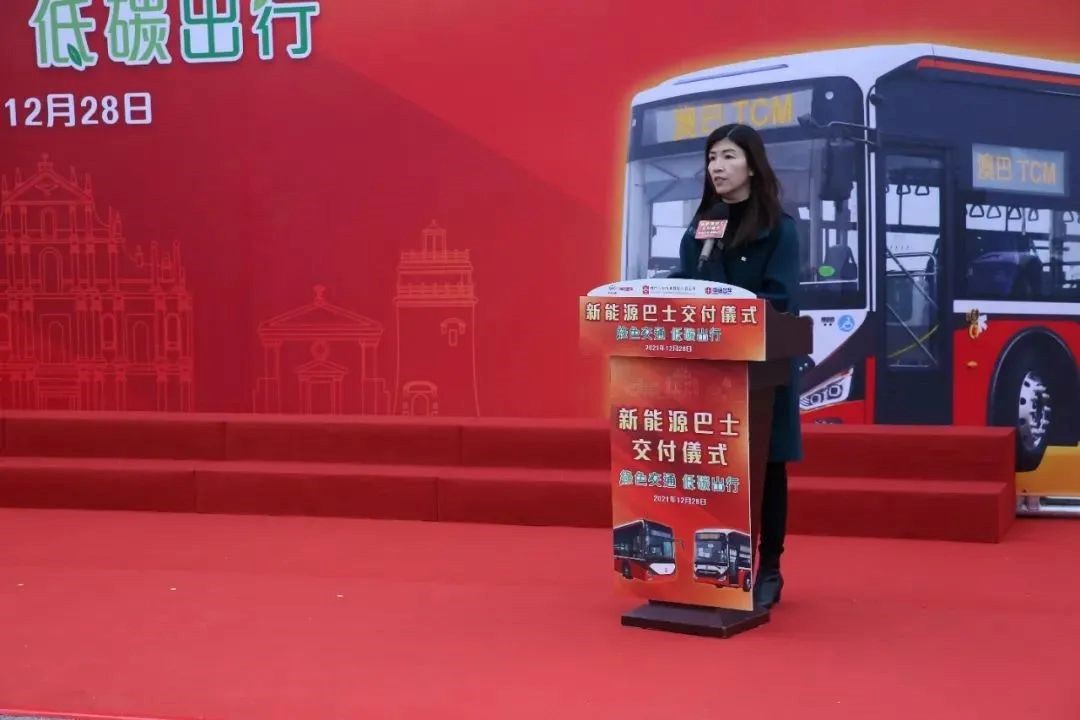 In his speech, Mr. Jiang Haifeng said that Higer Bus has been committed to the R&D and manufacture of buses since its establishment in1998, thus now ranking among the top in China in terms of product quality, technology R&D, and after-sales service level. Since its debut in Macao in 2006, Higer Bus has customized the low-floor three-door bus and shuttle bus of Hong Kong-Zhuhai-Macao Bridge for the Macao bus market for the past 15 years. At present, Higer Bus has over 700 buses in operation in Macao, ranking second among the Chinese bus brands. In addition to serving Macao's public transportation undertakings with high standards, Higer Bus has also been committed to helping Macao create the "Green Public Travel Mode" by developing the extended-range electric bus and photovoltaic extended-range electric bus. The successful operation of extended-range electric buses of Higer Bus will undoubtedly further facilitate the transformation and upgrading of urban public transport services in Macao going green and environmental protection. 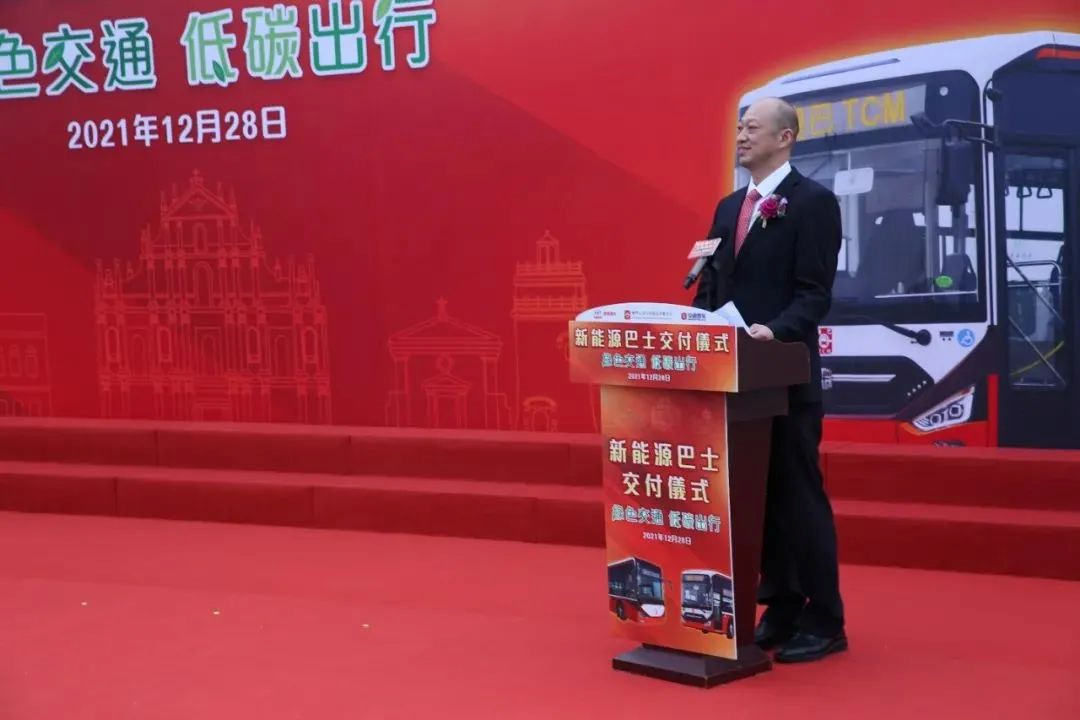 This batch of nearly 100 buses delivered on that day are the six-generation Azure intelligent networked buses.With the palette of orange and white, the bus is an innovation of Higer bus inthe industry to have front, middle, and rear doors, which can realize fast and orderly boarding and alighting of passengers and improve the efficiency; With a low floor, sliding-plug doors, and smart kneeling function, the design meet the need of vulnerable groups, such as the elderly and children, and improves the ride experience and safety. Up to now, the Azure buses have entered the markets of Qatar, South Korea, Indonesia and Brazil, and more than 4,000 vehicles have been operated in several provinces and cities in China, such as Jiangsu, Zhejiang, Sichuan, and Chongqing. 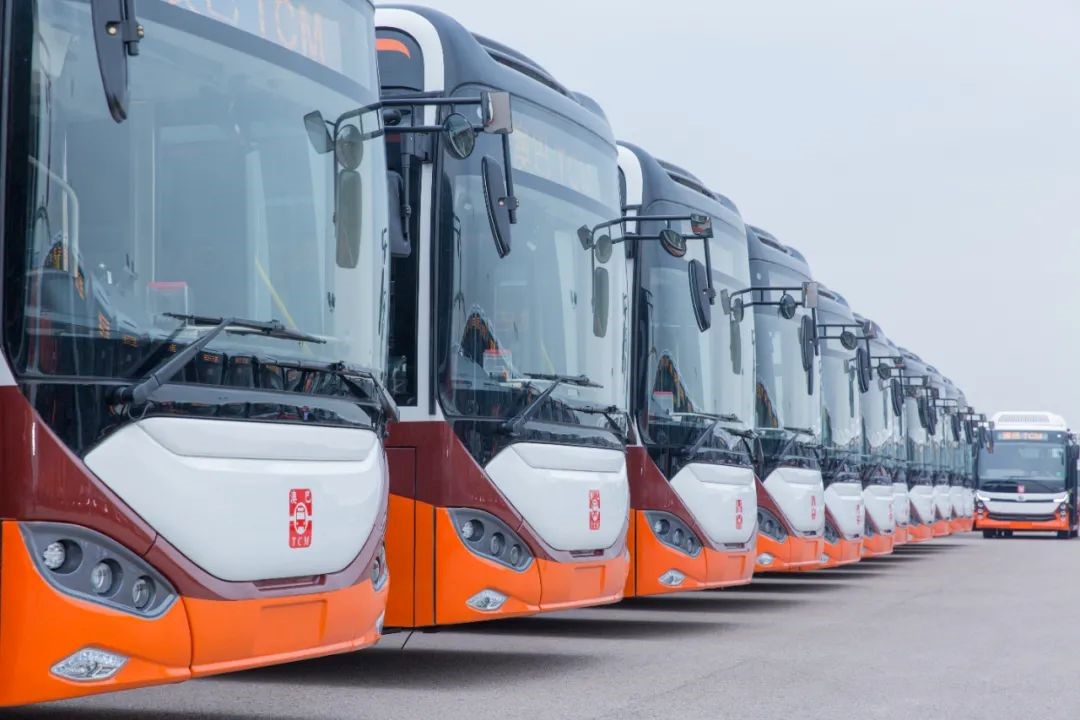 This delivery ceremony marks another achievement made by Higer Bus in exploring the Macao market and demonstrating its strength with excellent products and services. In the future, Higer Bus will continue to work together with TCM Nam Kwong to serve every passenger in Macao in a healthy, stable, and sustainable way, so as to assist the construction of a low-carbon smart city of Macao. 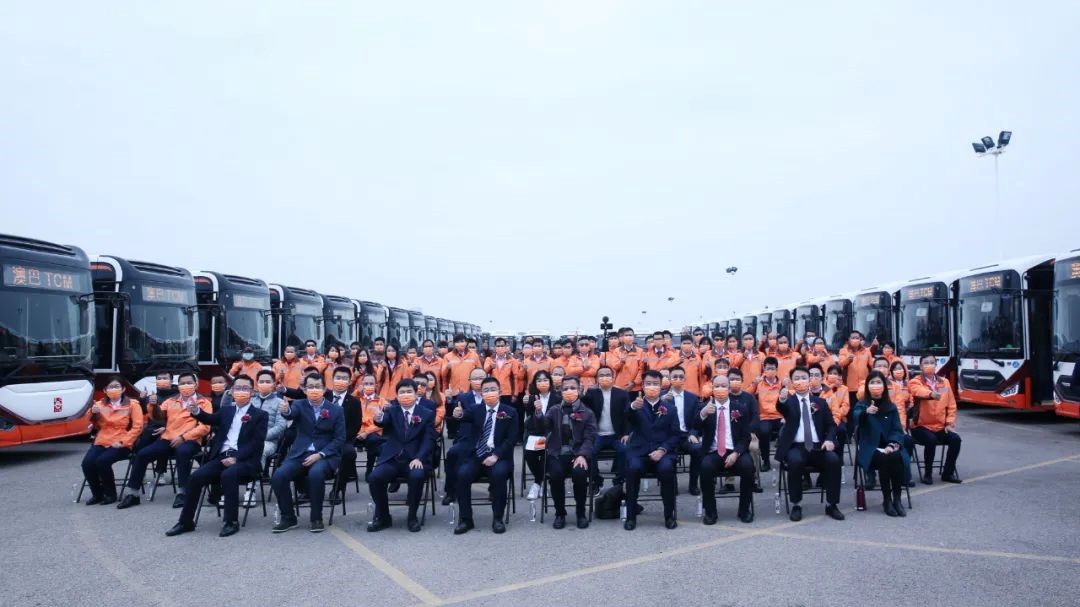